Warstone is a Tower Defense game with RPG elements, strategy and city building. A dreaded chieftain is assembling an army intent on taking over the kingdom. Villagers cry out for a hero, help them to rise up against the forces of this feared villain.

Construct buildings to strengthen your village, train your army and equip your allies. Look for key-assistance in other villages, such as dwarves, amazons, and witches. With their help and the strengthening of your army, lead missions, defeat the invaders and make the region a safe place again. We are stronger together!

Unlike regular Tower Defense games, Warstone TD has a unique method of summoning defenders (towers represented by player’s allies and army). You start a mission with a fairly empty map and a few stones where you can place defenders. As the level progresses, more stones appear and some even drop from enemies, allowing you to place them in any valid position on the map. Powerful warstones also occasionally appear, which give significant bonuses to specific defenders when placed on them.

You can summon any of the basic army classes on the stones. Each class has its own specialization path, damage type, gold cost, and special abilities. With such a variety of defenders and game classes there is a huge amount of tactics in Campaign Mode and PvP battles, increasing replayability even further!

- Wide range of magics: Wall of Fire, Lightning, Meteor Shower, Titan's Fist, Summon Elemental, Poisonous Cloud, Transmutation, and more! You can only use magics prepared before the quest, so choose wisely.

- There are 30 story missions and each mission has 3 modes: Campaign, Challenge, and Survival. The player can select the difficulty of each mission: Easy, Normal, Hard, and Nightmare. Levels have a lot of possible solutions but, with so many combinations, you need to improve your strategy to master them.

- And just in case you forget how awesome you are, there's an online leaderboard, which tracks your score, both in Campaign mode and PvP. Compete with your friends, or enemies! 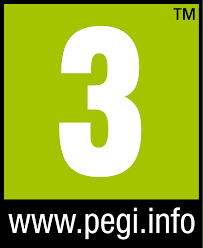 Making an Impact on the game market

From the initial idea, through the development process and finally getting the game ready to publish on several Platforms we are here to help your game reach the next level.

All areas of DX Gameworks exist and collaborate to accomplish our mission. Create, Develop and Launch high-quality world-class games.